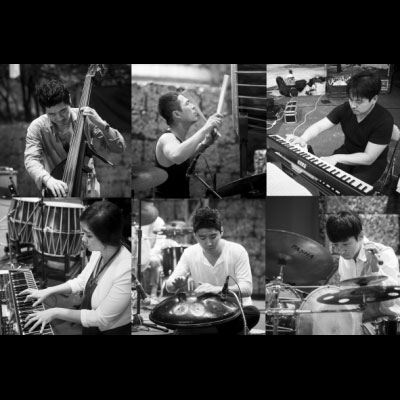 The band pursuits a completely different path from other World Music Groups,

the music is more narrative and deeper.

The music is, harmonized with traditional and modern, initially grand and

solemn, and it turns out to be lyrical all of a sudden like a movie.

Perhaps the individual skills bring the ensemble to a higher level of perfection.

The backgrounds of the members stand out among any World Music

JC Curve, the leader, is a full-time composer of Sejong Center

He has brought up the reputation and quality of music of the orchestra.

Moreover, JC Curve is a producer and a bassist of “Ahn Eun Gyoung Purity”

– Ahn is the best pipe player in Korea.

JC Curve has gone through all genres, from jazz to the crossovers of all kinds.

and performance. JC Curve is currently getting much attention from all over the world, flooded with invitations for performances and albums.

and communicate with people of diversity.